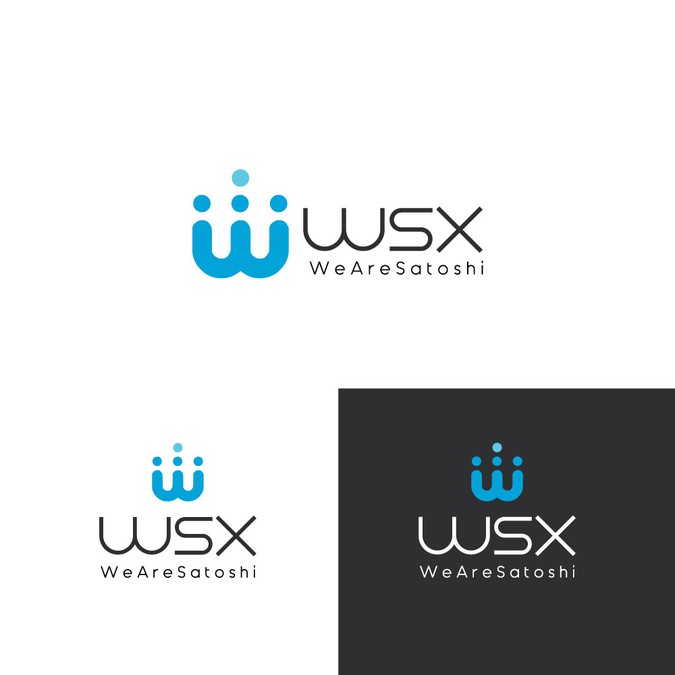 6xRD88 needed a new logo and hosted website design and created a contest on 99designs.

A winner was selected from 19 designs submitted by 2 freelance designers.

More about this contest

Winner - Tevita2
Tevita2 is an amazing designer, she feels what you're Looking for. She is patient and cope well with feedback.
- karlienwey

We want to redesign our current logo and work on a nice professional site with contents that is SEO ready.

What do you have in mind for the style and theme of the logo and hosted website? 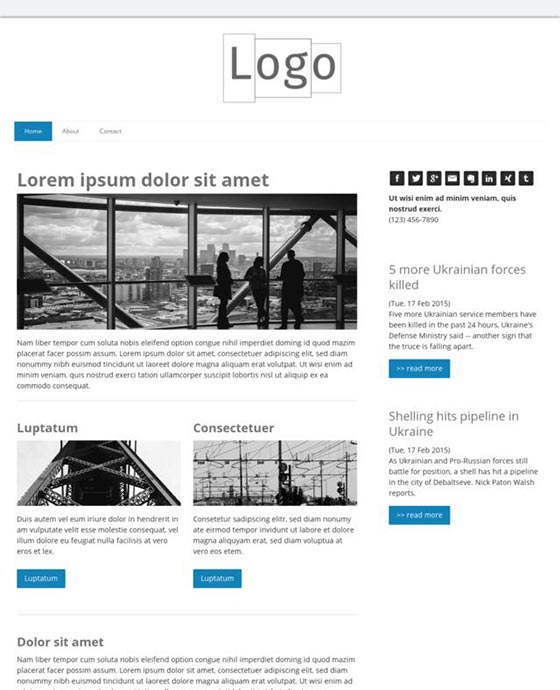 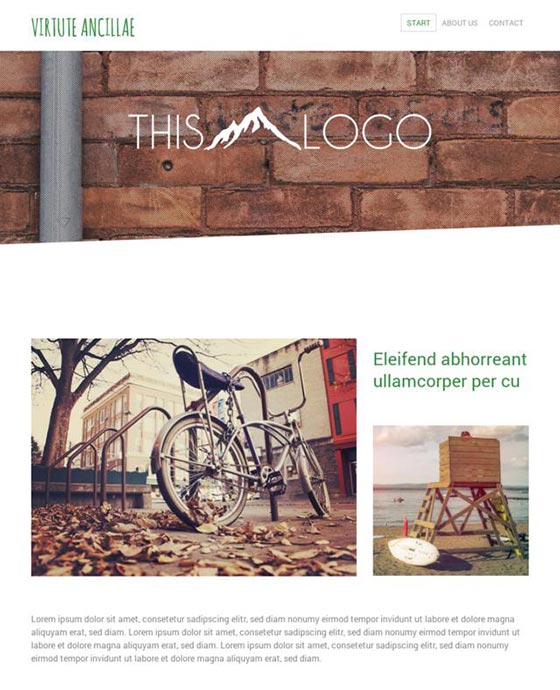 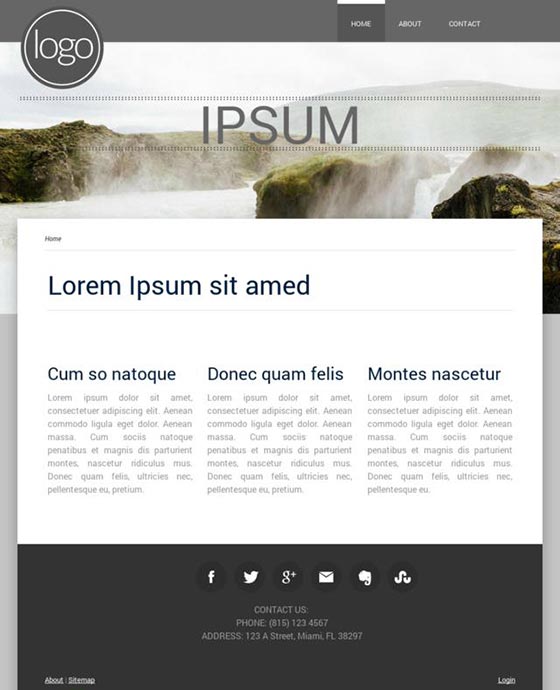 1. Title: "WeAreSatoshi: A Programmable, Scalable, Private Bitcoin."
2. Overview: "Why WeAreSatoshi?"
[features]
3. "Protecting your privacy"
4. "Protecting your capital"
5. "Proof of Stake and Masternode Mining"
6. "Moving your money anywhere, privately, within seconds"
7. "Designed for simplicity and ease of us."
8. "Putting you in control"
9. "Saving precious resources"
10. "A currency made to last"
[remaining sections]
11. "How do I get WeAreSatoshi?"
12. Team section
13. Specs
14. URLs

WeAreSatoshi (WSX) is a decentralized secure proof of stake currency aimed at bridging the gap between the current version of the BitBitcoin network and widespread adoption. WeAreSatoshi will focus on solving key challenges faced by Bitcoin today, primarily conterparty risk mitigation, transaction scalability and financial privacy.

To keep your financial information private and safe from external inspection, WeAreSatoshi will feature a modified, more robust version of the Zerocoin protocol to allow users to transact privately across the network by breaking linkability between sender and receiver. You can find out more about the Zerocoin protocol by visiting: http://zerocoin.org/

WeAreSatoshi will feature a sensible economic model to ensure that inflation grows at a moderately low rate of 10% a year. WSX holders will be able to overcome network inflation by staking their coins for passive income. Inflation is controlled on the protocol level, and additional coins cannot be created by any single party.

* Proof of Stake and Masternode Mining

Proof of Stake is an energy-efficient, scalable, and intuitive consensus mechanism that uses economic incentives to secure a blockchain network. Your mining rewards are proportional to the number of coins you hold in the network in Proof of Stake.

Many of the leading digital currency network have recently becomes inefficient means of payment due to their inability to scale and significantly reduce transaction fees. WeAreSatoshi will be an innovator in the field by introducing Project Hydra, a modified version of the Lightning Network proposal coupled with privacy features baked into the protocol itself. The end result of the combination is the ability to send funds within seconds, not minutes or hours, with minimal transaction fees and without leaving a trace on the blockchain.

Designed for simplicity and ease of use

WeAreSatoshi recognizes the importance of offering a simple and friendly interface that anyone can understand. As part of our roadmaps, we will offer wallets for every platform and every device, including full clients, mobile apps and web wallets to be accessed from anywhere in the world.

* Putting you in control

WeAreSatoshi is a community run project and the team behind it strongly believes in community governance, and allows every single WSX coin holder to vote on the future direction of the project. WSX holders will be given voting rights proportional to the stake they hold in the project, and be able to vote from the comfort of their wallets.

The security offered by the Bitcoin protocol relies on a robust Proof-of-Work hashing algorithm, where miners must prove that sufficient work has been done to confirm transactions. This offers users tremendous confidence that their funds are safe, but at the same time is very computationally wasteful. The Bitcoin network nowadays consumes more electricity than entire small nations.

WeAreSatoshi seeks to rectify this unsustainable degree of consumption and the pollution it produces by relying on a greener consensus mechanism, known as Proof-of-Stake, where users must prove that they own a stake in the network to verify transactions.

* A currency made to last

WeAreSatoshi has a built-in dev fund that it paid into by the network with every block that is produced. This ensures that development can carry on independently of any 3rd parties that might seek to negatively influence the direction of the project, as seen with multiple contentious hard forks that the original Bitcoin chain has experienced. Not only will funding by independent, but the community will be given full rights over its spending by voting on it ahead of schedule.

How do I get WeAreSatoshi?

WeAreSatoshi was born as both a tribute to the Bitcoin protocol and a solution to many of the issues it faces today, in an attempt to create a network that is more aligned with Satoshi's original vision. WeAreSatoshi is tradable at the Exchange section

Design the logo & website for a new online review product.
879 CA$
50
entries
14
Designer
Create a logo for consulting and technology company
$499
Providing Management Consulting services and Information Technology services to the Federal and Commercial clients in...
72
entries
3
designers
Design A Simple/Clean Service-Oriented Logo & Website for an Excel Programmer
499 $
Excelerated Business provides consultation and/or contracted services for Microsoft Excel; specifically Exc...
14
entries
2
Designer
brand and logo design for cost effective technology products
US$ 499
we build affordable consumer electronic product and sell directly to consumer and by pass retailers so we can give co...
22
entries
4
designers
IT Technology Company Seeks To Change The Digital Conversation, Simply.
789 AU$
Grey Matter Digital (GMD) is an IT organisation that seeks to link organisations with their customer (people) through...
115
entries
6
Designer
Create a modern/simple website and logo for an innovative IT consulting business.
499 $US
We provide IT consulting and software/infrastructure as a service...
54
entries
12
designer graphistes

We saved a spot for your logo & hosted website contest.

Get started now
Logo and website design for freelance project manager
6.999 NOK
I am a freelance IT project manager. So the product is me! Customers hire me to lead their teams and their projects. ...
110
entries
20
diseñadores
Freelance consultant needs an inspiring website
569 £
I am a freelance IT management consultant. My target audience is professional service firms such as lawyers and Accou...
191
entries
21
designer
&&[\^`[é^&#é&é*??.?.?1212134435è{[èç23àà@@@@ - CRYPTOS!
4.899 HKD
seed it is a crypto currency consultant and help businesses or particular to create crypto assets or intergrate them ...
100
entries
16
diseñadores
Design a geometric logo/site for blockchain applications
US$ 899
Blok is basically a blockchain development firm that creates a facilitates private blockchains for companies and will...
54
entries
13
designers
SmartCity project needs a website to get 100's of cities to sign up
CA$959
Our City.works platform is designed to allow cities operate for efficiently (smart phone app for all of their employees)
84
entries
19
designers
Logo for DiaKom software
NOK 5,299
DiaKom stands for Dialogue and Communication (Kommunikasjon in Norway, therefor the K instead of C. The target audience
115
entries
22
designers
Learn more about logo and hosted website design
See how it works