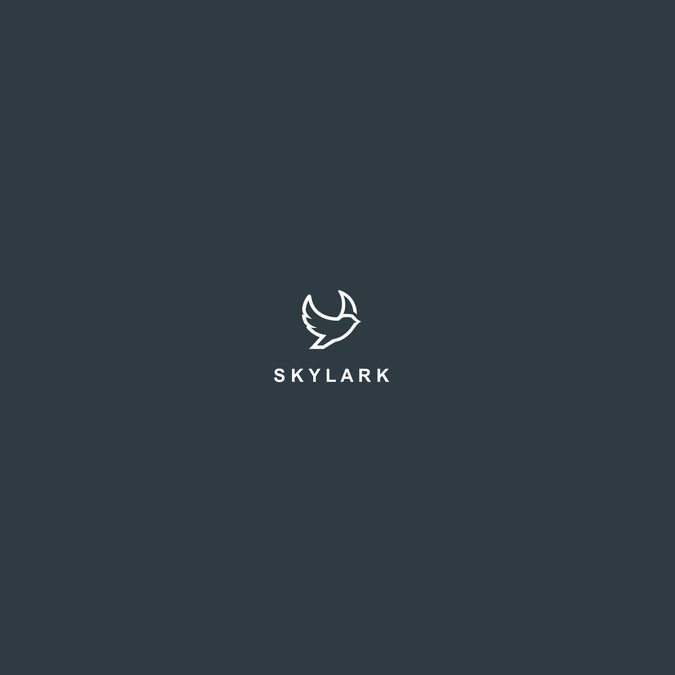 Damian M needed a new logo design and created a contest on 99designs.

A winner was selected from 118 designs submitted by 44 freelance designers. 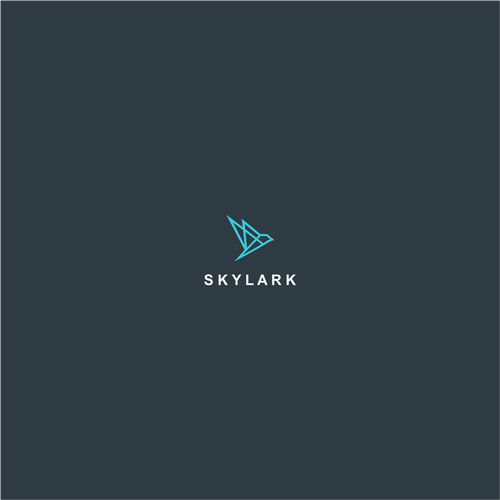 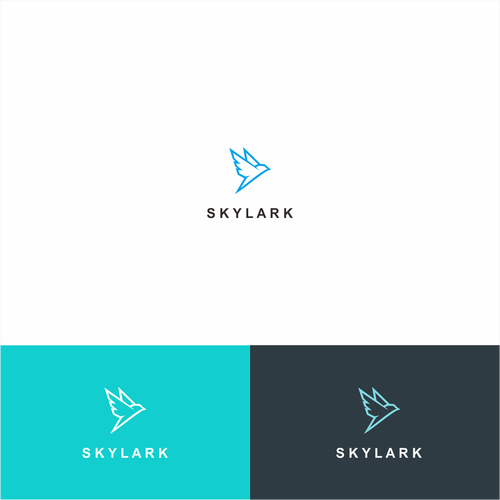 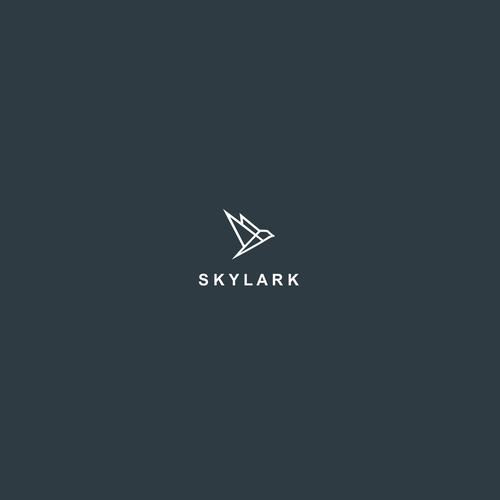 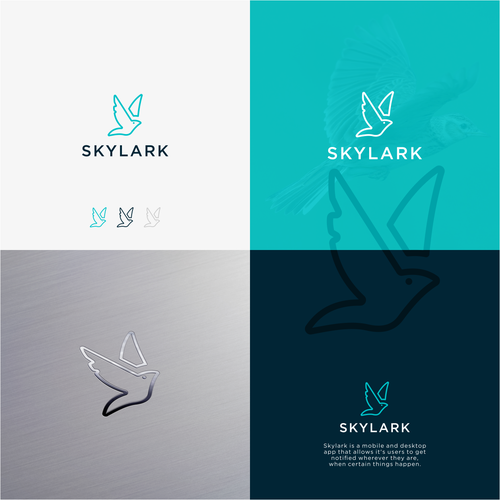 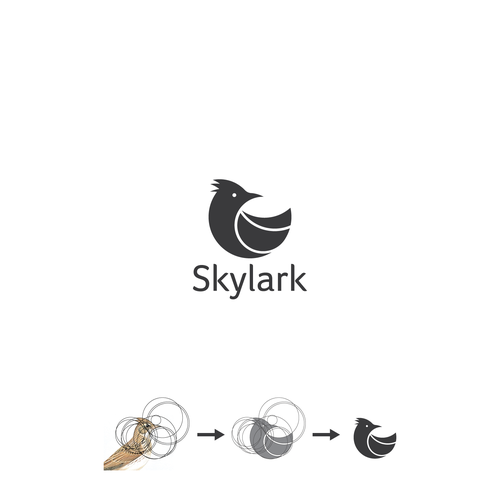 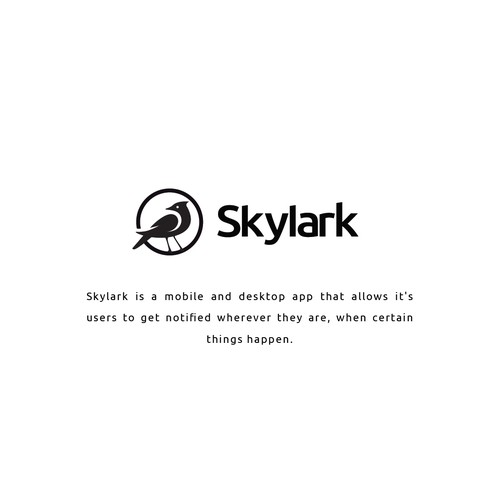 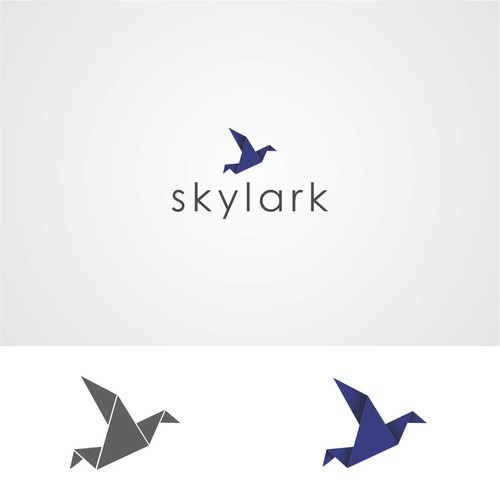 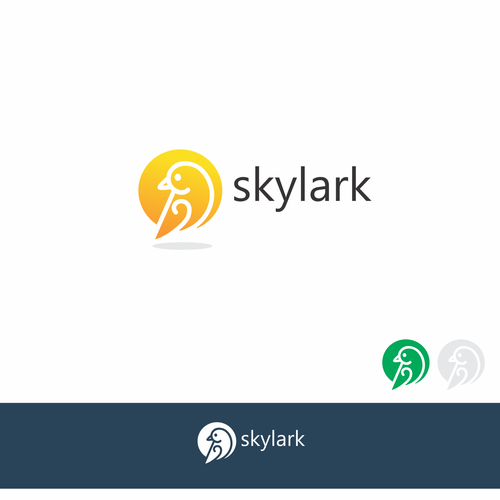 Skylark is a mobile and desktop app that allows it's users to get notified wherever they are, when certain things happen.

It will initially be targeted at a technical audience including software engineers, administrators and electronics hobbyists who will be able to trigger alerts by inserting a small piece of code at strategic points of their processes. Some example alerts are: "Unexpected levels of traffic visiting the website", "An order has been placed, ready for dispatch", "A product matching your criteria is now available", "Motion detected in garden, security light activated", "Temperature below threshold, heater turned on".

The name is taken from the perching songbird. The Skylark is quite a dull-looking bird but has a beautiful call, nimble movements and quirky crested head plumage which it can raise or lower. It would be cool to capture some of this character but it should be distinct enough from other popular bird-related brands such as Twitter.

The graphic part of the logo should be clear enough to be identifiable when shown in the notification bar at the top of a phone in monochrome - think WhatsApp, Slack, Pinterest, Twitter, YouTube, Facebook. This probably means a square-ish bounding box for the part that's not text.

I want the app to encompass helpfulness, calming and sleekness rather than create a sense of panic as the user will interact with it many times per day. It will help them stay informed, automate areas of their life and act like a front-end to a personal assistant.

Skylark is a community-focussed project with an emphasis on security and privacy. All code is opensource for others to verify the security of and to make improvements. It might be a good idea to incorporate some of these values.

Get started now
Create a corporate brandmark design for a leading tech company
US$299
DisplayLink (www.displaylink.com) is a chip and software company whose technology is used in products from the world's l
203
entries
66
designers
Logo for our Portable Power Box & Portable Fridge
US$299
The logo JaxBox will be used for our Portable Power Solution & Portable Fridge. The Portable Power Box is like a big
165
entries
33
diseñadores
JobHawk needs a powerful and memorable icon
$299
01. Who is the client and what do they do? JobHawk is a powerful job board software that helps businesses post their
285
entries
81
デザイナー数
Design an awesome logo for an innovative marketing tech company
US$299
We are an innovative Marketing/Tech company ready to unveil an revolutionary advertising platform. Tap Text an innovati
41
entries
25
designers
Design a logo for "Go-To-International"
A$ 399
At Go-To-International we specialise in helping startups in the Business to Business (B2B) technology space expand into
106
entries
33
designers
Get to Work, Designers!
$299
Laboratory Tech Company
73
entries
36
designers