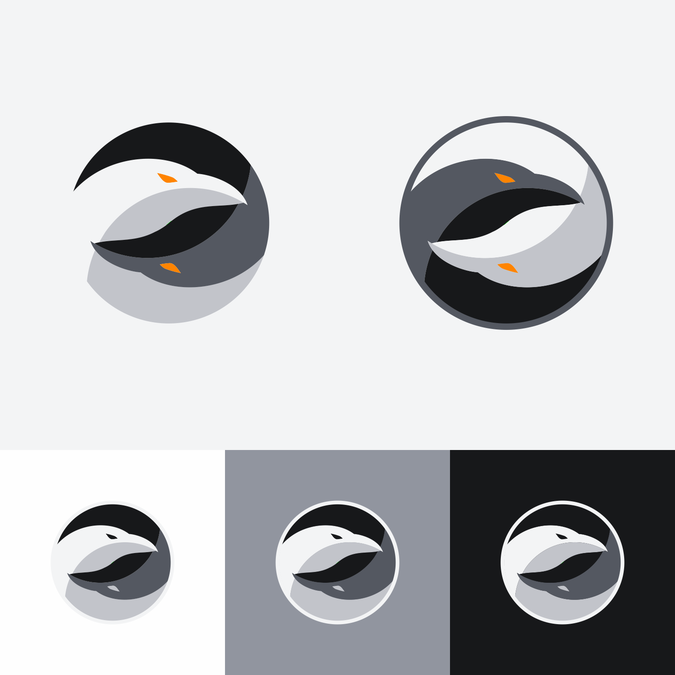 ELathavong needed a new logo design and created a contest on 99designs.

A winner was selected from 1278 designs submitted by 243 freelance designers. 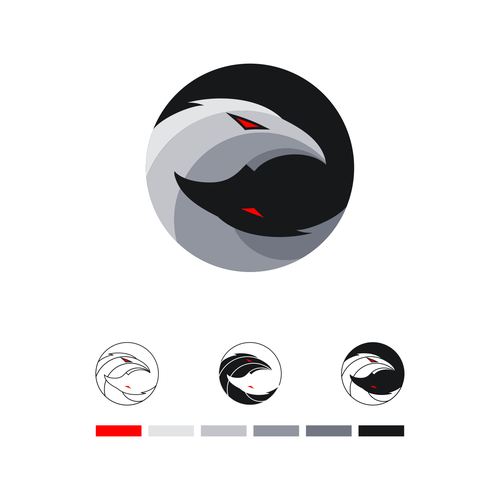 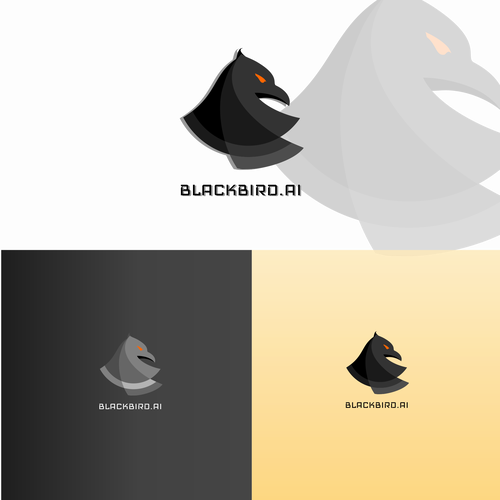 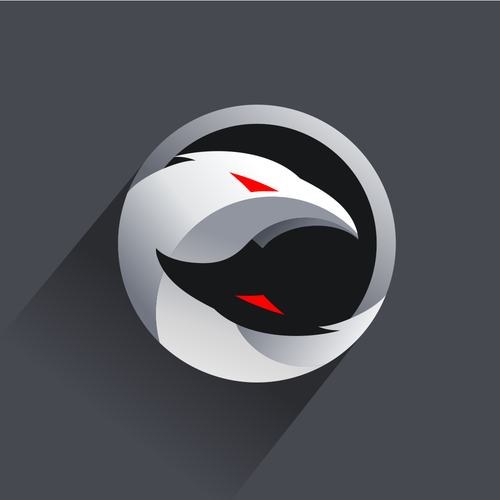 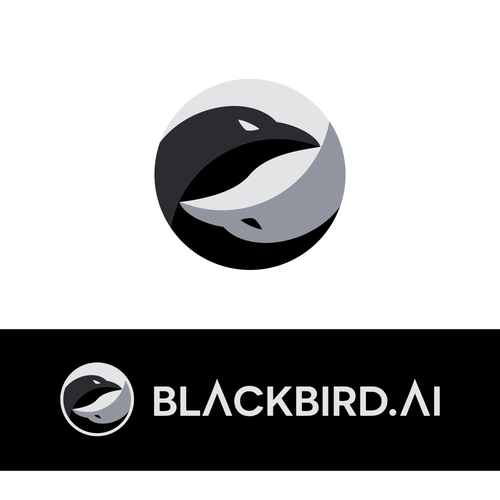 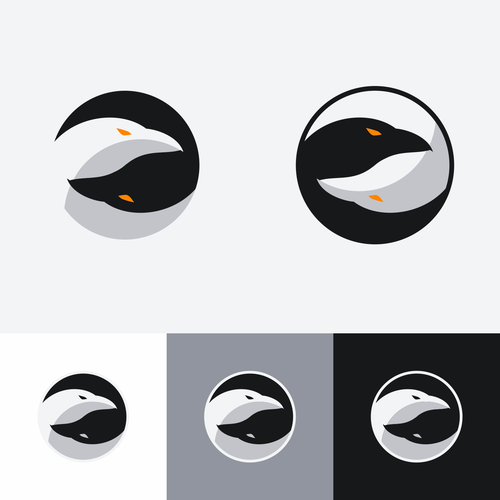 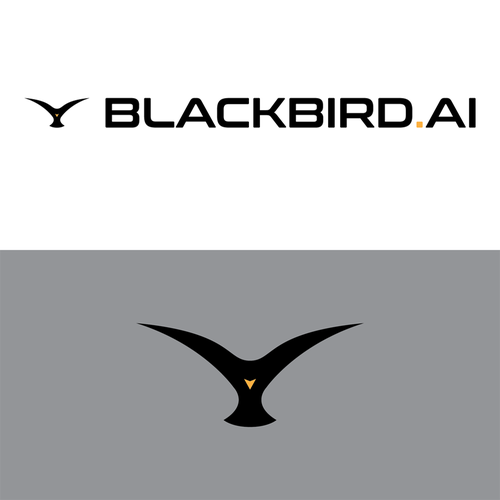 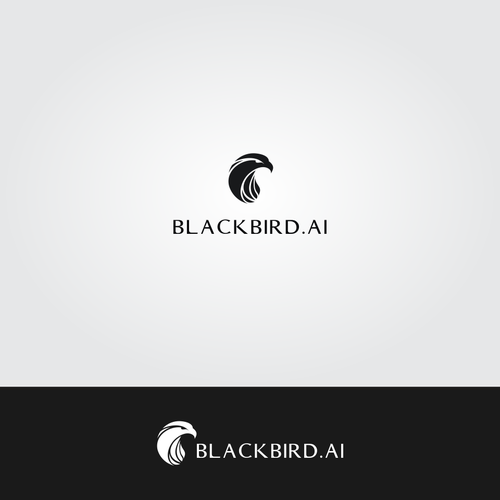 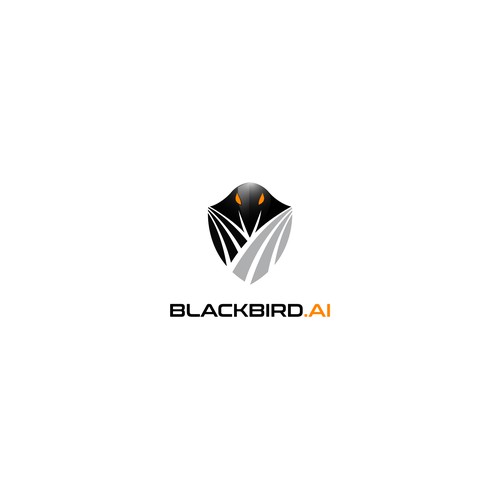 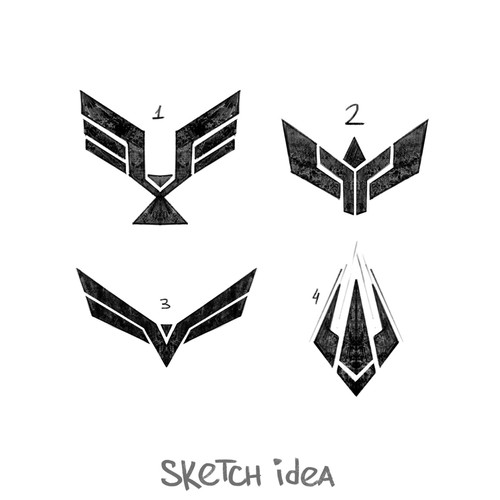 Finalist - killpixel::24/7
Very reasonable and patient with all your needs would definitely use him again
- Jimmyhidrogo

We fight fake news using artificial intelligence and blockchain.
We need to strike fear into the hearts of bad people.

We are attempting to detect things like foreign interference in political narratives and also analyzing polarized narratives that are amplified by bots and malicious hackers to divide people in societies.

We are now limiting to ideally to black/dark gray and a use of negative space (white) with a tiny splash of color if it helps drive things home.

We chose Blackbirds because they have unique visual memories and tool using abilities and are one of the smartest in the animal kingdom.
It needs to be like it is watching and hunting bad guys and should not be a flesh and blood bird but the bird is an AI Algorithm that is hunting misinfo.

1. ITS A RAVEN NOT AN EAGLE
Designs should NOT be an eagle or a owl....The design actually needs to be of an actual raven/crow/blackbird. they have a very distinct head and beak shape which we have linked in attached references.

NOT A REAL LIVING BIRD
2. do not try to make a feathery "real" or like a living bird ended up looklike like something for an aviary or bird watching group instead of a technology company. to that end, many of the edgy but more "abstract" designs using shapes seem to be preferable to an organic bird.

WE WANT TO SEE SOMETHING MORE SYMBOLIC BUT STILL POWERFUL
3. We did not see many concepts that envisioned the bird as an "algorithm" or a bird that is actually a virtual bird or a symbol. that is preferable.

WE ARE POSITIVE THAT WE WANT TO SEE GOOD USE OF NEGATIVE SPACE :)
4. We really want to see a good use of NEGATIVE SPACE. If you think about what we do in the FAKE NEWS and MISINFORMATION space which is what we analyze and try to classify, one of the biggest issues is that of POLARIZATION. This means very extreme news and the reason is to DIVIDE society and different groups of people and get them fighting.
We are trying to bring people back together again by making it more apparent when misinfo is trying to divide.

ONE IDEA....
This concept visually depicted could be very interest. One concept we were thinking are actually two interlocking raven heads like a Yin Yang where the dot of the yin yang is the eye of the Raven. *note - never use the eyeball/pupil in the design just the main shape or it ends up looking very corny. This yin yang version that would end up being a black bird and a white bird essentially would be a metaphor that two groups of people or even that truth and fake are both flip sides of one another and that one would not exist without the other.

Even if this concept does not work, its important to know this.

This concept does not only have to be done via the birds head but can be done in anyway you choose.

DONT GO TOO FANCY WITH PRESENTATION
We prefer you do not do mockups of the cards, or movie posters or any kind of elaborate mockup we want to see the LOGO ONLY

LOGO SHOULD ALWAYS BE ON LEFT WITH NAME ON RIGHT.
5. Pay careful attention to the BLACKBIRD.AI logo. We do want that text all caps and on one line as follows but we would like a good font. Some have done the letter A without the - line in it and that is interesting.

We have done a dark kind of monolithic look. What we do know is we do not want a "playful" blackbird look. This is serious business. It needs to have almost a "black ops" look to it if you know what we mean by that.

We def dont like how plain our logo text is it was done quickly.

Logo Design for a Tech-driven Online Ticket Sales Company
$499
Online ticket resale for sports, concerts and theater. We are wholesale only, so business cards would be for industry c
141
entries
39
designers
Design a logo for a management consulting entity
$399
management consulting for the software industry
35
entries
13
designers
Online Employee Scheduling software
EUR 269
Shiftmanager is an online planning tool for employees that work in shifts. Think about people that work in restaurants /
44
entries
24
designers
website logo
$299
Review website for rental properties (houses, apartments, etc) - but we represent consumers, not property managers or la
167
entries
62
designers
Start-up Tech Company Looking for Minimalist Logo with Meaning
US$299
Lusynt offers a range of asset-based consulting solutions via our cloud-based platform that allows clients to design, de
109
entries
56
designers
Create a corporate brandmark design for a leading tech company
$299
DisplayLink (www.displaylink.com) is a chip and software company whose technology is used in products from the world's l
203
entries
66
designers

Get started now
Norte Investment Club
USD 299
Norte is an investment club that focuses on early stage tech companies. The target audience are tech entrepreneurs and i
193
entries
71
designers
New Logo
US$299
I am an independent consultant. I specialize in ecommerce, digital marketing and technology. My experience is in the Out
187
entries
55
designers
Design a stunning technology logo for Voice Order
$299
Voice Order is an application that will allow businesses (restaurants) to order inventory (food) thru the use of an appl
127
entries
64
designers
JobHawk needs a powerful and memorable icon
$ 299
01. Who is the client and what do they do? JobHawk is a powerful job board software that helps businesses post their
285
entries
81
Designer
Energy Management Platform , technology of tomorrow.
USD 499
REMS is a tech company Logo will be used on apps, dashboards, etc..
255
entries
86
diseñadores
Get to Work, Designers!
$299
Laboratory Tech Company
73
entries
36
designers