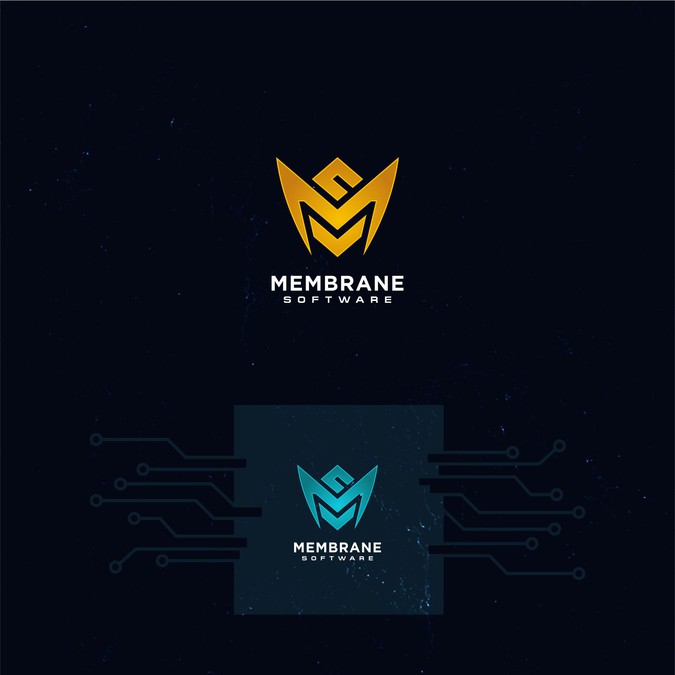 Membrane Software needed a new logo and business card design and created a contest on 99designs.

A winner was selected from 218 designs submitted by 67 freelance designers. 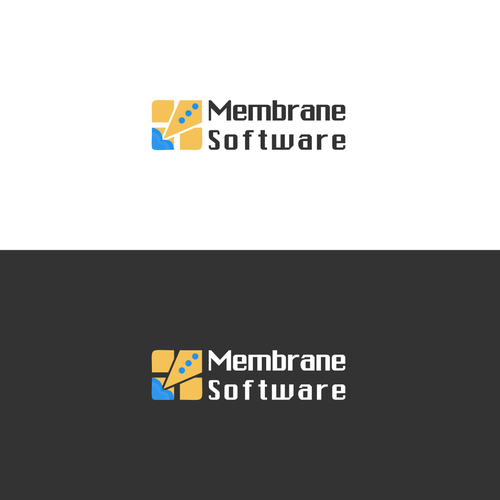 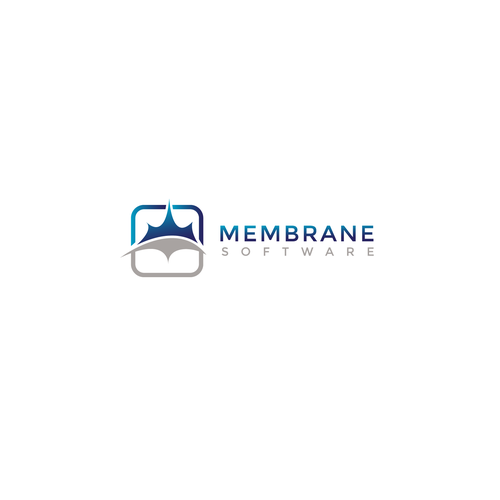 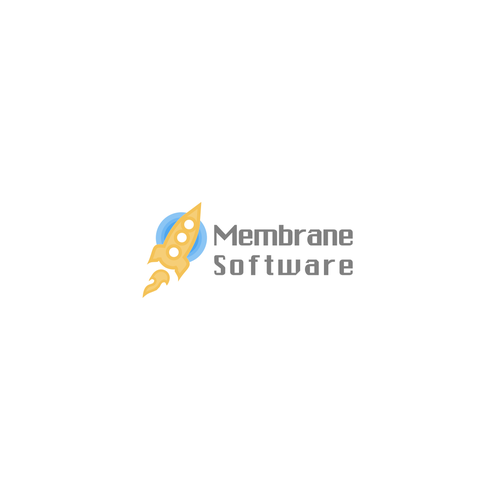 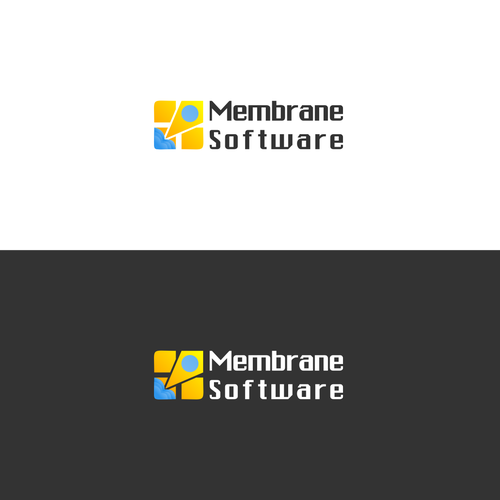 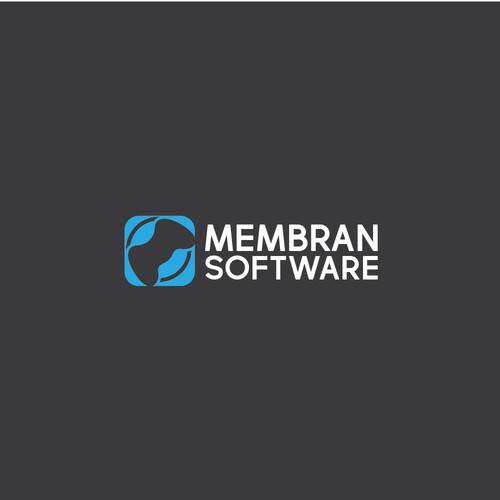 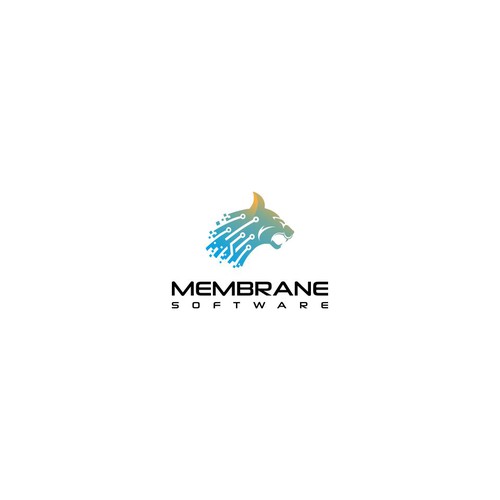 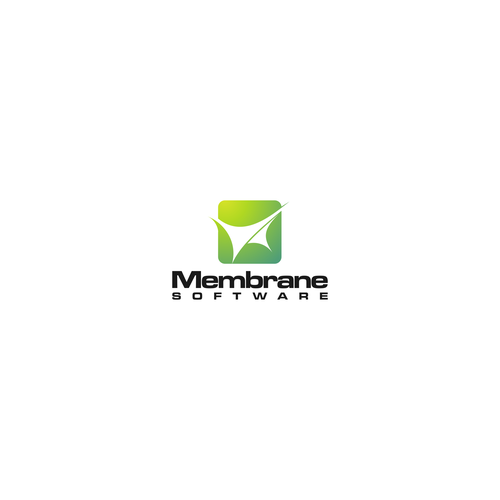 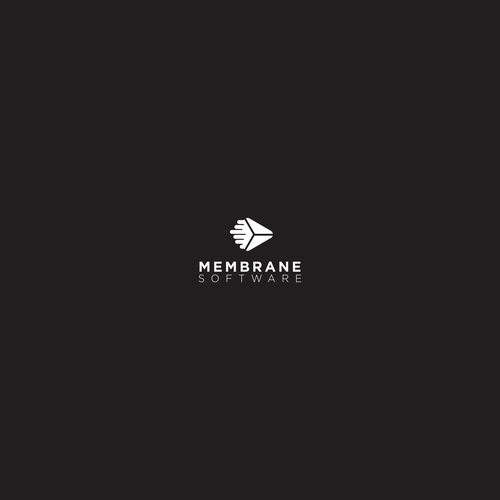 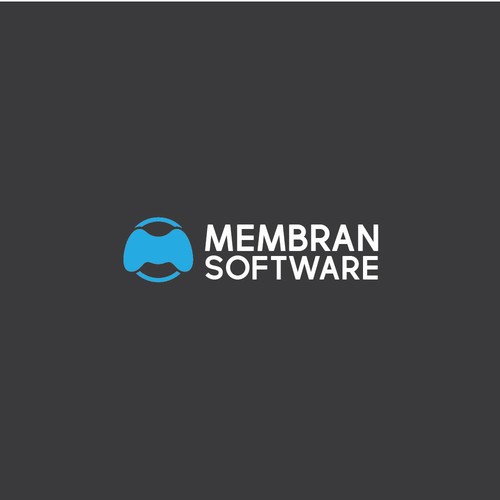 Winner - Aberto
Great design and easy to work with!
- tomAiF

Membrane Software is a development studio for desktop and mobile applications. We've released one video game so far, and the next application involves a streaming home media system. Broadly, our target audience consists of people familiar with and interested in technology, at least enough to play video games as well set up gadgets in their homes.

- Membrane Software is a software development studio in need of a new logo. We've produced one spaceship-themed video game, and the next application in development is a not a video game but rather focuses on streaming media functions. It might be interesting if the new logo somehow suggests video games or streaming media, but we're really open to any concept, abstract or otherwise, that evokes technology and invention.
- See the first attached screenshot or browse membranesoftware.com for a look at the current Membrane Software site, with the old logo in the top left corner. This site is planned for a complete redesign in the near future, with different content and the new logo in a blue/yellow color scheme.
- We plan to use the Membrane Software logo as a desktop icon for our applications. Therefore, the ideal logo uses a primary image of square dimensions and retains a recognizable outline when reduced in size, as small as 16x16 pixels in some cases.
- The logo is planned for use within application interfaces where appropriate. For example, the second and third attached screenshots show interfaces from a Windows/MacOS media browser application, and include such a logo in the top left corner.
- The Membrane Software channel on YouTube holds rough clips that demonstrate the video game "Star Commander" (released in 2014), as well as prototype stages of video streaming applications that are representative of our work in progress. Viewing the two clips that involve "Raspberry Pi" might help illustrate the type of streaming media system being developed. https://www.youtube.com/channel/UC9…Esd9-QRlJQ

Update #1: Thanks to all designers who have submitted entries so far, we are impressed by the level of workmanship on display. Having browsed the first wave, we can add a couple of refinements to narrow our logo parameters:
- We don't want logos that involve stylized "MS" initials. While our company name is important, its initials are not something we'd use as a logo motif. The suggestion of an "M" shape in the logo icon, for example, at the end of a bird's tail, is the farthest we'd go down that particular road.
- We don't want logos that consist of a series of dots with lines drawn between them. This was certainly a good design space to explore, especially when trying to evoke "Membrane", but having seen a few examples we can say it's probably not going to work for our purposes.

Update #2: The "rocket ship" motif is one we've decided against for this logo. It seemed like a promising direction at the start, but none of the variations on this theme have quite hit home for us. It may sound strange, but perhaps the rocket image is too realistic and literal for the spaceship concept, especially coming from the video game world where one can see a wide array of distinctive ship outlines. We do very much appreciate the rocket designs that were made, though, as they served to explore and illuminate this particular design space.