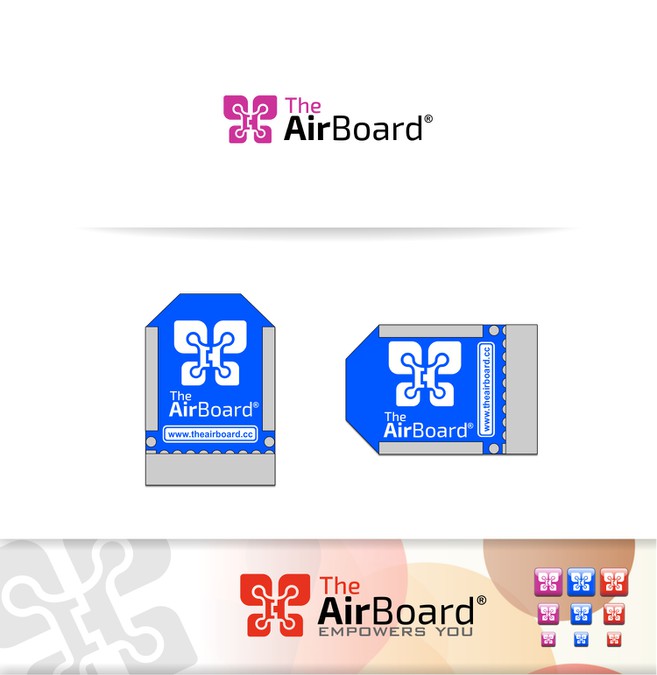 The AirBoard: create logo and graphics for an awesome tiny Open-Source electronic board!

theairboard needed a new logo and business card design and created a contest on 99designs.

A winner was selected from 355 designs submitted by 40 freelance designers. 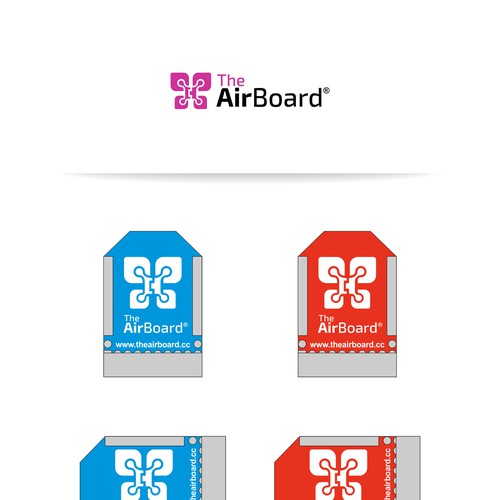 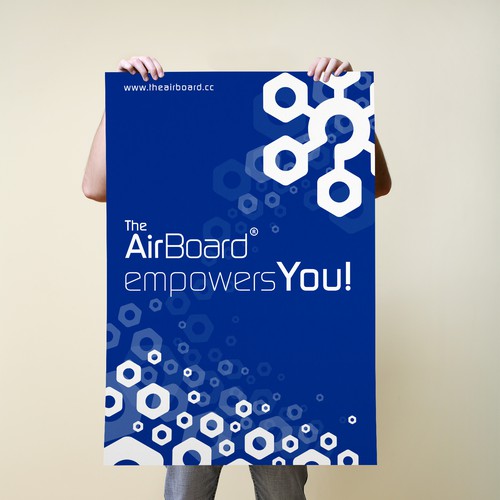 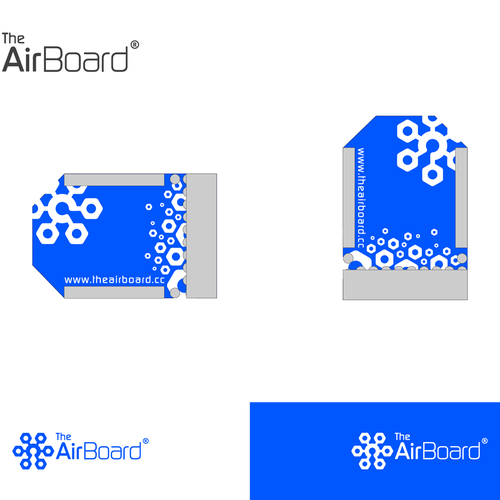 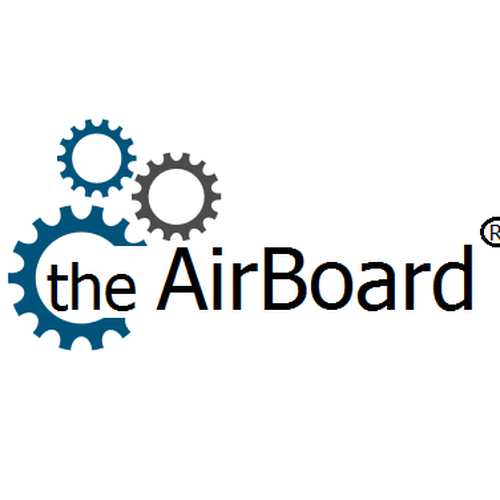 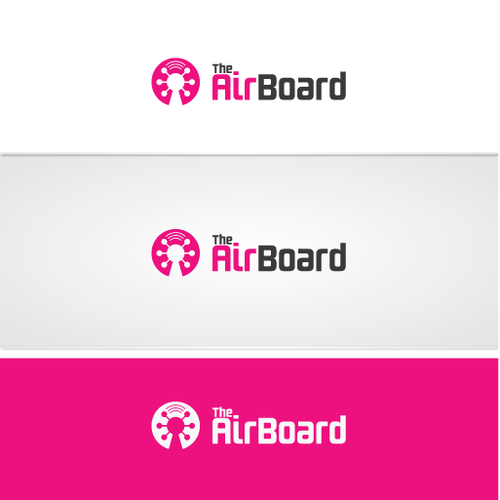 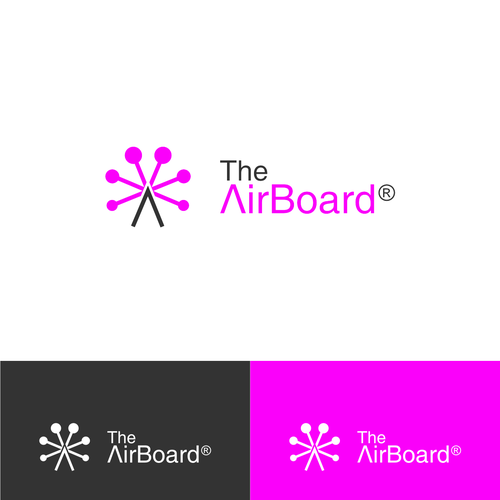 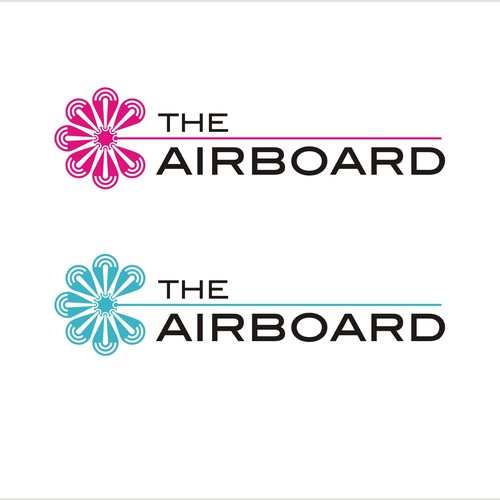 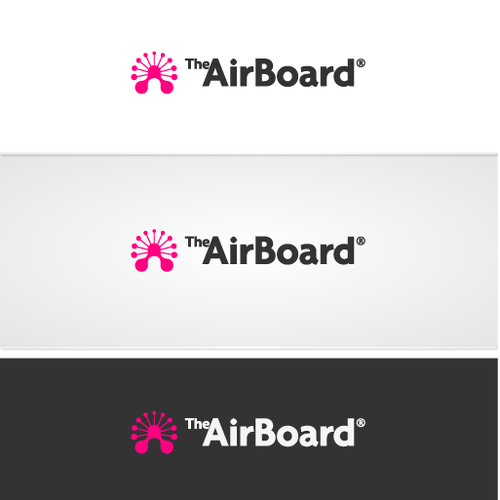 Winner - Fernando Factor
Fernando responds very quickly and fulfills all the requirements that are asked. We look forward to working with him again in the future. Thank you very much!
- Anonymous

Finalist - degen
Great working with this designer! Did quick work according to our requirements.
- sdysonb

Finalist - Mr clik
Mr. Click Delivers Again! He is by far one of the best designers I have ever worked with. He listens to everything you ask and makes revisions very fast for a very reasonable price.
- Anonymous

Finalist - danny.k
Great designer and easy to work with!!!! Is a true creative!
- Anonymous

We designed a thumb-size wireless Open-Source prototyping board (Arduino compatible) for makers around the globe.
Our mission is to empower both men and women from beginners to early entrepreneurs by providing tools and workshops to accelerate the prototyping phase.
This electronic board not only simplifies the learning curve by playfully snapping sensors with no soldering knowledge, but also has outstanding performance in terms of versatility, low-power and robustness/safety. This will let entrepreneurs prototype instantly their own products that will outperform the competition.
Before we launch our first crowdfunding campaign, we need a logo and a graphic layout for this tiny electronic board that convey our core values of open community, wireless, simplicity and empowerment.
The logo will not only be used for the electronic board, but will also contribute defining the brand identity for our future business.

The logo should be inspired by Open-Source and Open-Source Hardware logos (see attached files).
The layout should encourage sympathy and be highly engaging, especially for beginners. Keep it simple!
Keep in mind that historically, the usual customer used to be a « geek » male. So, eventhough more and more women are entering the maker movement, keep the logo in the gender-neutral zone (expecially with the fuchsia option). Our preference goes to a « geeky chic », not too « girly », please!
The AirBoard is proudly designed and manufactured in France, and still offers premium performance at a very affordable price.
The logo in the « layout.ai and favicon example.png» files is a personal sketch example for inspiration. You can either investigate the empowerment value symbolized by the dandelion flower (a project which generates other projects…) or investigate other values (wireless, simplicity, low-power, robustness).
The logo should be highly readable in monochrome (due to the electronic board printing process) as well as in tiny formats such as favicons, twitter and FaceBook profile photos and mobile app launch icons (see example: « favicon example.png ») and have a strong personality that makes is recognizeable across different platforms.
No 3D, shadows, or other visual effects that will be impossible to print on the board « silk screen » layer. Just flat.
Le logo will be used also on the web site as well as on playing card game decks.
Keep in mind that the future packaging will play with inner v.s. outer graphics (the inside packaging is important too, see attached examples).
For more information:

- The AirBoard IS a TECHNICAL product but the objective is to make it so USER-FRIENDLY that virtually anyone can ENGAGE to it.

- The AirBoard is GENDER NEUTRAL. Although it is a technical product, since an increasing number of ladies are joining the tech communities today, more electronic designs incorporate nowadays some less techies graphical elements, such as the "flower" of Adafruit or the "butterfly" of STMicroelectronics or SigFox.

- Sensors can directly SNAP to The AirBoard via its solderless connector. TACTILE FEEDBACK is one of the core values.

- The AirBoard is OPEN-SOURCE and connected to COMMUNITIES

- The AirBoard mission is to EMPOWER people prototype quickly their ideas: The AirBoard is a SEED project that generates other projects that will run on their own.

- graphical part of the logo should stand out on its own, even without the product name attached to it.

- but integrate closely logo and font when they are together.

- the registered trademark is "The AirBoard" with capital T, A and B.
Uppercase contribute to brand identity. Please keep them (small capital
letters for the other letters is also OK).

- minimize « The » with respect to the rest of the name.

- font should be both ELEGANT and TRENDY, avoid serifs which are too
institutional and which would not print well in smaller sizes.

- nice to have a light touch of single flat color enhancement in addition to grey or white for the web digital version of the logo. Check http://theairboard.blogspot.fr for a draft sample banner.

- logo will be printed on circuit board in MONOCHROME. Circuit board is 37x25mm with reserved areas, see updated layout_2ndRound.ai.

- final color for the electronic board will be BLUE (see attached sample tests from the manufacturer).

Examples of color identities for leading products in this market :

- electronic board print process is limited to 0.18mm line width (tests were successfuly run down to 0.08mm, so might by OK for some parts, but as a general recommendation stay rather safe, because we haven't actually seen the test hardware yet).

- a plus to be able to scale up or down logo easily.

- scale down to 37x25mm for circuit board, 48x48 px for twitter icon, 44x44 px for Facebook icon and 16x16 px for favicon while keeping CORE IDENTITY (may skip unessential parts when scaling down).

- look at the board examples uploaded for final round : some have the Adafruit, Open-Source hardware, Spark Core or Arduino logo in small sizes and some have part of the logo in giant sizes.

- design small but think big! Logo and circuit  board picture will scale up to giant posters for conferences, conventions and maker faires, so logo details are important eventhough the circuit board is tiny.

Priorities in decreasing order of elements to include on the circuit board layout composition:

3- web site name (www.theairboard.cc, cc stands for « Creative Commons » which is the Open-Source licence. If the layout composition is smart, maybe we don’t need to print it separately, only an add-on to the product name could be efficient, but the possibilities will probably depend on the font type choice)

Get started now
Design a modern logo and business card for Software Development Company
USD 449
Software Development
170
entries
63
designers
Design A Fresh & Sophisticated Logo & Business Cards for an IT Company
CA$869
The company provides IT relocation services, so when a large corporation needs to move offices, we disconnect and reconn
390
entries
50
designers
Design a cutting edge logo for a data software company
US$449
We are selling data management systems/ list management systems. Our system provides a way to download data you have sou
83
entries
26
designers
Cannabis company logo
449 US$
Leaflettes is a cannabis automation & processing technology company. We are a solution provider that delivers production
57
entries
18
designers
Design a fresh new logo for growing tech business
A$599
IT Support, Consulting, Sales, Cloud Solutions
238
entries
48
designers
Create a simple and friendly logo for a data analyst
€409
Hi, I am a freelance data analyst specializing in engineering data (e.g. sensor signals). I help technical companies ext
244
entries
34
designers
Learn more about logo and business card design
See how it works