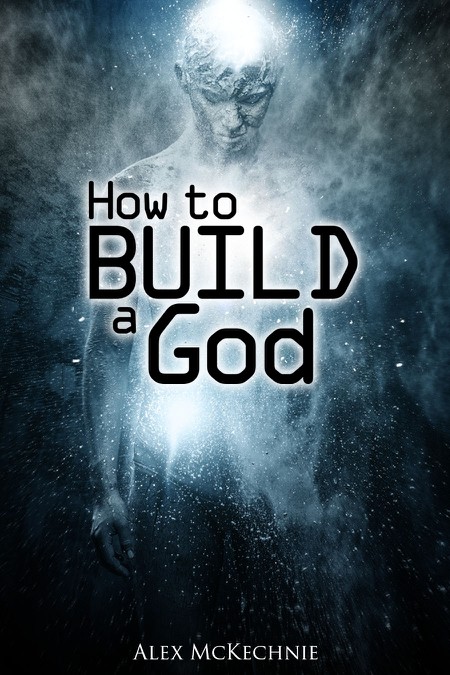 Philosophy Book Needs a Compelling Cover - 'How to Build a God'

amckechnie89 needed a new book or magazine cover design and created a contest on 99designs.

A winner was selected from 61 designs submitted by 23 freelance designers. 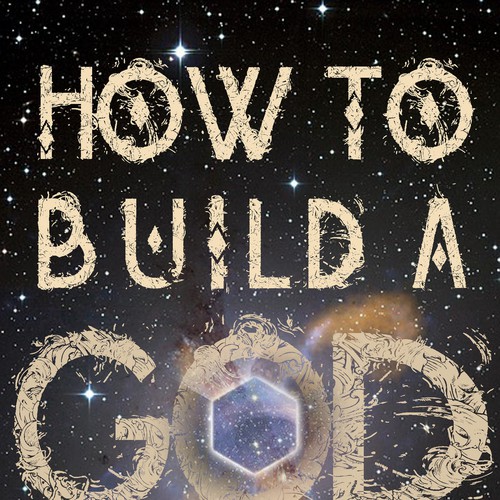 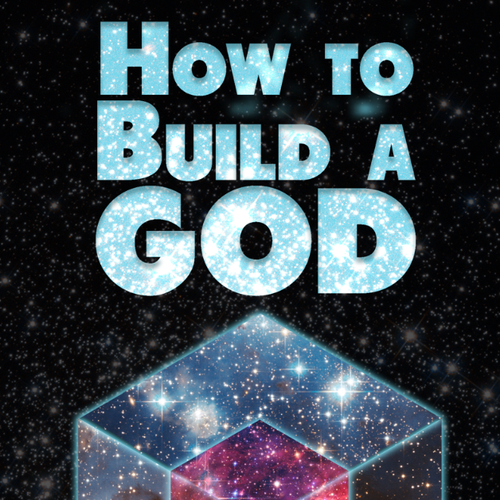 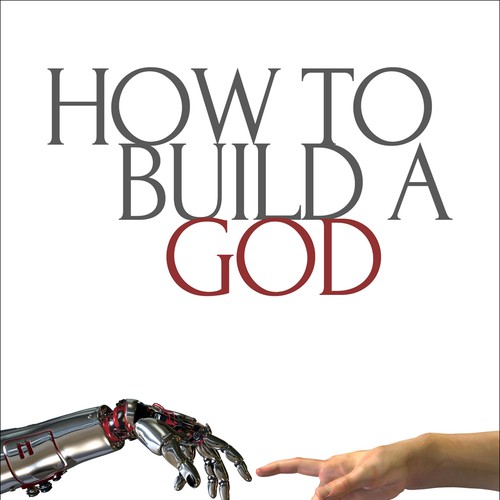 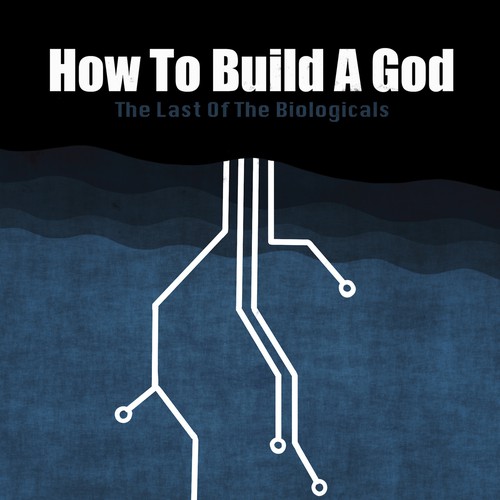 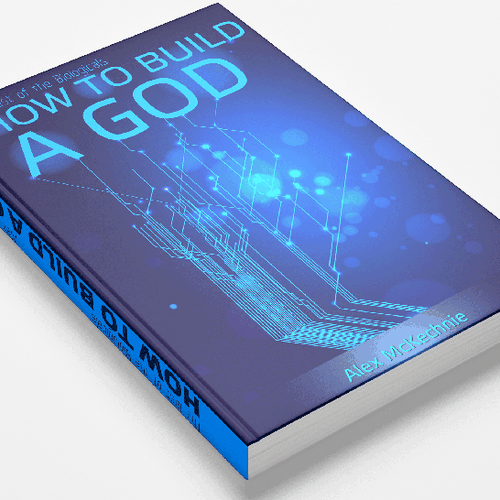 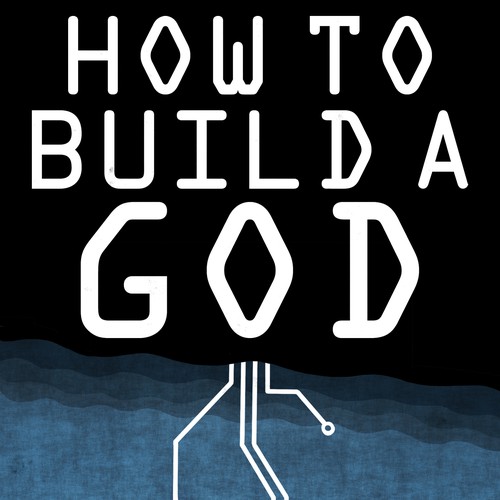 Finalist - VassiP
It was a really great pleasure to work together with him.. Quickly got what I was meaning and quickly implementing the ideas I had, and also providing alternatives he had in mind. Thank you!
- Anonymous

The book is one part philosophy, one part science, and I'd ultimately like the cover art to reflect that. As long as designers can follow those criteria, I'm open to all suggestions; however bizarre. Michio Kaku's "Hyperspace" book cover is the kind of thing I had in mind, though you're welcome to deviate completely if you've got a better idea: http://www.amazon.co.uk/Hyperspace-…0192861891 this will be a self-published ebook, I'd like the cover to be striking or attention-grabbing from just a thumbnail size.

The book is aimed at philosophy and science enthusiasts, so galaxy motifs, mathematical structures, bizarre shapes, and colour play are all welcome. If it's eye catching then I'm interested. Since the book is called "How to Build a God" there's obviously an implied spiritual element, but it isn't in any traditional religious sense. 'God' here is used as a being relatively far more intelligent than ourselves, rather than any kind of spiritual or biblical entity.

I'd like the title 'How to Build a God' displayed foremost. I'd like my name 'Alex McKechnie' at the very bottom of the design. All else is open. As I've said, I'm pretty much amenable to anything eye-catching that follows the general themes of the book. To help out with that, I've included a list of the ideas contained in it:

- Technology is Nature: Man and technology are just another expression of the universe as a whole.

- Genetics, robotics, AI, and nanotechnology will radically transform what it means to be human.

- Humans will one day be able to upload themselves digitally, and live on in computational habitats.

- The universe at heart is a complexity machine. It generates more and more novelty as time goes on. That's its core characteristic. It's not necessarily - as we believe today - an entropy engine, running down until it wears out.

- Human history will end with the birth of a machine superintelligence: the product of all machine and human intelligence merging together into one collective entity. This entity will then start expanding out into the universe, absorbing more and more matter to use as a computing platform.

- Humans are just one step in the cosmic evolutionary process, beginning 13 billion years ago with the big bang and ending in a technological cosmic superintelligence. We're a transitory stage.

Well, I think that about sums it up. I've intentionally left this open since I don't have any particular specifics in mind. If you can give a visual dimension to one of the themes above - or something related - then I'm more than happy to use it as my cover. When it's finished the book will be published on Amazon KDP and publicised. Obviously books 'are' judged by their covers, hence me trying to be specific here.I have included an extremely rough initial draft of the book to give some idea of its themes. Please be aware that this is yet to be edited, proof read, and finalised. I have only included it as guide.

Tom Vassos needs a new book or magazine cover
299 $CA
My book is called Destination Innovation - it's all about tablet and smartphone app mobile marketing strategies
33
entries
10
designer graphistes
Create the next book or magazine cover for Chandra Clarke
CA$299
Ebook cover for Kindle
59
entries
21
designers
Book Cover for StateShifters
A$299
Helping big business loosen up and startups grow up....
167
entries
33
designers
Computer Programming Book About Ruby On Rails Web Development
299 US$
.
93
entries
20
diseñadores
BOOK COVER: Awesome & Creative Designers for My FIRST EVER Kindle Book - Be A Part Of History! :-)
US$499
I'm an author and software business owner....
133
entries
31
designers
Vibrant User Manual Book Cover - Chat Software
GBP 189
I am writing a user guide to help technical and non-technical users learn how to get to know all of the features insi...
84
entries
17
designers

We saved a spot for your book cover contest.

Get started now
Create a book cover for "Future Cities"
£309
42 Insights and Interviews with Influencers, Startups and Investors
351
entries
48
designers
eBook Designer - Regular contract for the right person! Exciting vibrant pro design.
GBP 189
I run a successful book publishing company. I like to work with designers on a regular basis and build up good workin...
87
entries
30
diseñadores
Design a cover for a book: How to Start a VoIP Business
$299
Printed book and ebook "How to Start a VoIP Business: A Six-Stage Guide to Becoming a VoIP Service Provider"
175
entries
40
designers
Cover for a book on Internet of Things and Connected Economy
US$799
I write on technology related topics for Spanish speaking audience....
207
entries
41
designers
Design a Book Cover for a Book Based on a Hit Presentation!
US$ 499
Two IT folks are creating a book based on their presentation given throughout the US, and they need a book cover!
37
entries
9
designers
Bring the bling to budgeting with a snazzy ebook cover!
USD 299
MyITpros is a managed IT services provider. We provide a reliable, responsive team that strives to be an extension of...
15
entries
4
designers
Learn more about book or magazine cover design
See how it works